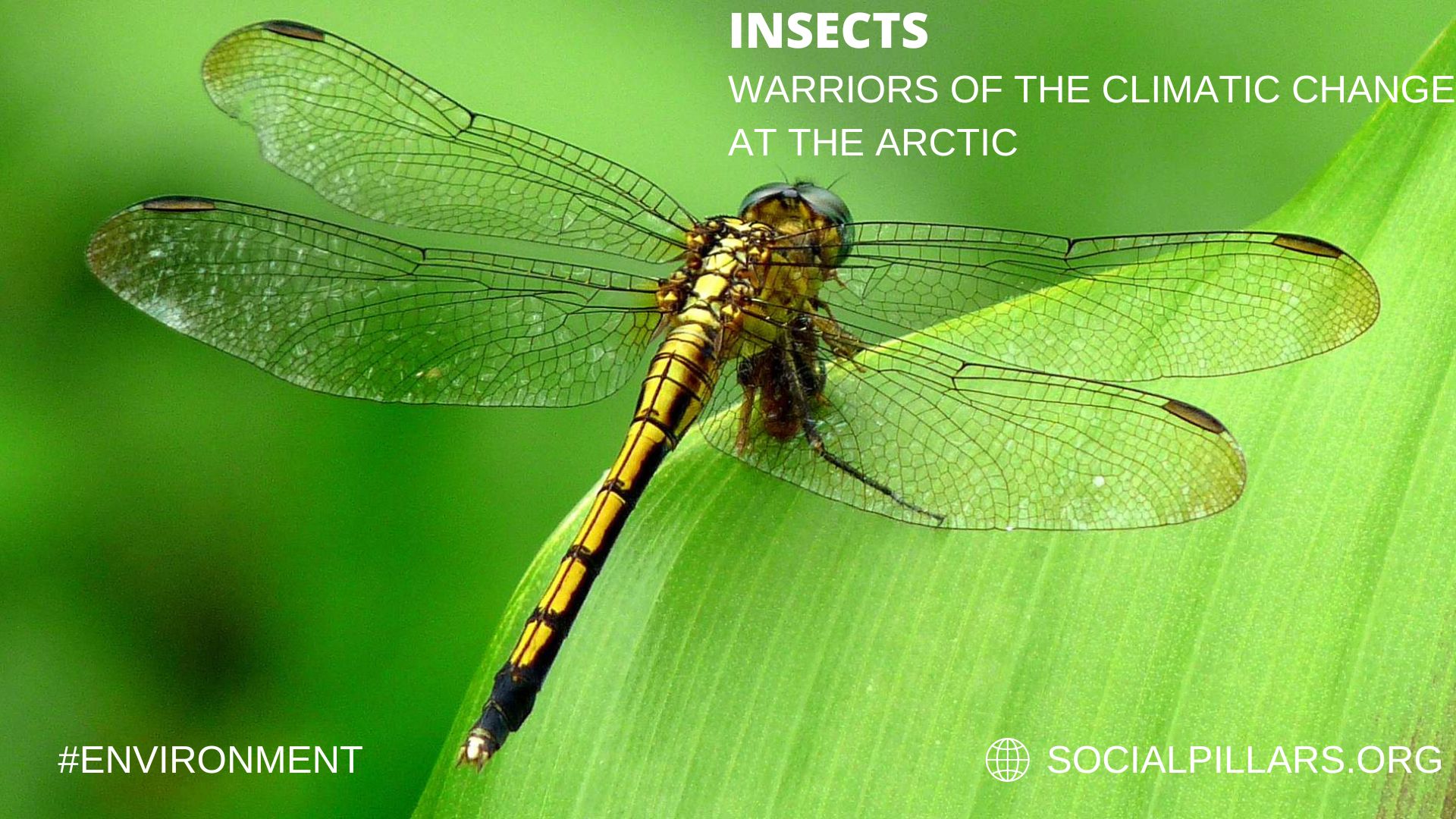 INSECTS: WARRIORS OF THE CLIMATIC CHANGE AT THE ARCTIC

Climatic change has become the most critical concern for the people as well as the government. Climate Change impact both animals and Homosapien. According to the research, The species which is affected most by the climatic change is Insect Community.

According to the researchers at the University of Helsinki, it is indicated that significant changes are taking place in the insect communities of the Arctic. Their study suggests that the climatic change is affecting the crucial predators of other insects, i.e. parasitoids. On top of the food web, the predators give clues about the condition of prey species. With the help of these clues, the researchers can understand the status of global warming.

According to Professor Tomas Roslin, from the University of Helsinki and the Swedish University of Agricultural Sciences (SLU), predators help in finding solutions to various problems in the field of ecology.

“In areas where summers are rapidly warming, we find a higher proportion of cold-sensitive predators than we might expect based on the previous climate,” Roslin says. Parasitoids are the predators which are prone to rapid change in different climatic conditions.

Various researchers across the world took part in this study. Research teams from Greenland, Canada, Russia, Norway, Finland and Iceland together analysed the climatic changes happening around the globe with different rates. Let’s have a closer look at the species which are getting affected due to Climatic Change.

According to Tuomas Kankaanpaa, who is the lead author of the study and also is an active faculty at the University of Helsinki. There is a rapid climatic change in the Arctic. The Arctic also provides laboratories which help to understand the effects of climatic change. Parasitic flies are predators of the Arctic.

To know the difference, two critical predators in the Arctic are parasitoid wasps and flies. The parasitoids are the predators whose larvae develop to kill it in the process. And according to the study, it is found that climate change is drastically affecting the operation of different types of parasitoids.

The research also indicates that the proportion of parasitoids preying on warmth-loving butterflies is found in areas where the temperature in summer has increased in recent years. At the same time, Diptera is located in areas where there is winter-time warming.

According to the usage of hosts, parasitoids are classified into two groups named koinobionts and idiobionts. Koinobionts are masters of the parasitic lifestyle, and they manipulate their host. Female koinobionts lay their eggs in the host’s egg or larva, where the parasitoid larva waits patiently until it grows larger. For this, the koinobiont should manipulate the host’s immune system to survive. The idiobionts are classic predators. The larvae or eggs of idiobionts start eating their host as soon as they hatch.

“In our project, we have harnessed the ratio between parasitoids of Lepidoptera and Diptera, and between koinobionts and idiobionts, into a sensitive barometer of the effect”. Kankaanpää says.  He also mentioned that there is a common approach to predict the effects of climate change. It can be done by comparing different species at different climates. Professor Tomas Roslin is very enthusiastic and explores new ways of research.

He also mentioned how they cooperated in studies like these. If one research team had sent its members around the world, it would cost thousands of euros. But with the contribution of other scientists across the Arctic, they used uniform methods.

WHERE TO FIND PARASITIC BEASTS

Parasitoids have macabre lifestyles which inspire humans. The monsters like Aliens are classical parasitoids. Due to their lousy appearance, there appears a feeling of hatred. But at the same time, parasitoids are also useful for crops and gardens. They are the main enemies of herbivorous insects. In the Arctic, the parasitoids are wealthy predators.

Climate Change has been creating havoc in the life of insects, and even not only them but in our lives as well. Since it will indirectly affect the food chain, and in no time, everyone would be trapped in the web of climatic calamity. So, this article aimed at spreading awareness before it jeopardises the existence of Homosapien.

We hope you understood how insects are the Warriors of the Climatic Change at the arctic. Kindly spread more awareness related to the climatic change and how it affects the lives of species.